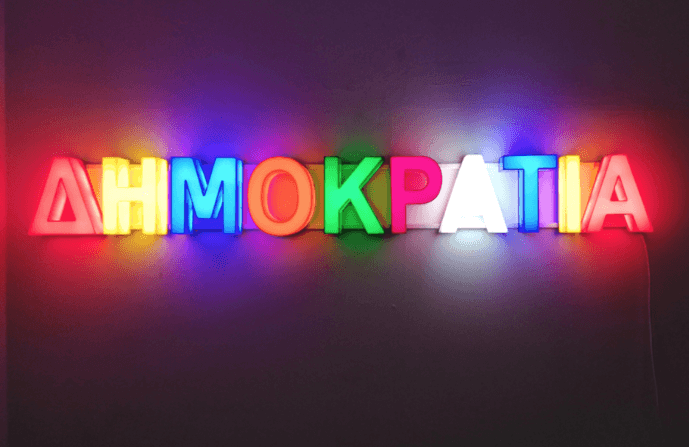 For the fourth time in November, the creators of the Greek art fair Art Thessaloniki seize the opportunity to demonstrate the unifying power of art. Especially in times of large migration movements – and Greece is one of the front states particularly affected – cultural exchange is of greatest importance. Contemporary art from the US, Eastern Europe, Italy, Turkey, the Middle East, and of course Greece, will be presented in a tense context. In total, galleries from 11 countries will participated. It is the consistent opening to the neighbor Turkey, which leads from this year on to a cooperation with Art Ankara. The program of the fair, which has developed into an important cultural platform under the artistic director Pantelis Tsatsis, is complemented by classical modernity (Unexpected Dialogue – Picasso & Jankulovsky), exhibition participation (Osten Museum, Skopje), joint project events (Photography Center of Thessaloniki, Arte Des-generado collective) an Avantgarde music&dance performances. Like the years before, Winter Foundation supports the cultural commitment.

It is one of the traditions of Art Thessaloniki to honor every year an artist for his lifetime achievement. This is combined with a special exhibition. The recipient of this year’s Art Thessaloni Prize will be Billy Zane, honoured for his cross-border oeuvre. Zane was born in Chicago as the son of Greek immigrants. Already his interest in painting and theater was awakened in his early years. He is also known for his participation as an actor in films such as “Back to the Future” (1985) and “Titanic” (1997). He is active as a painter, actor and director.